What is a Compensator, and will it improve my shooting capability? 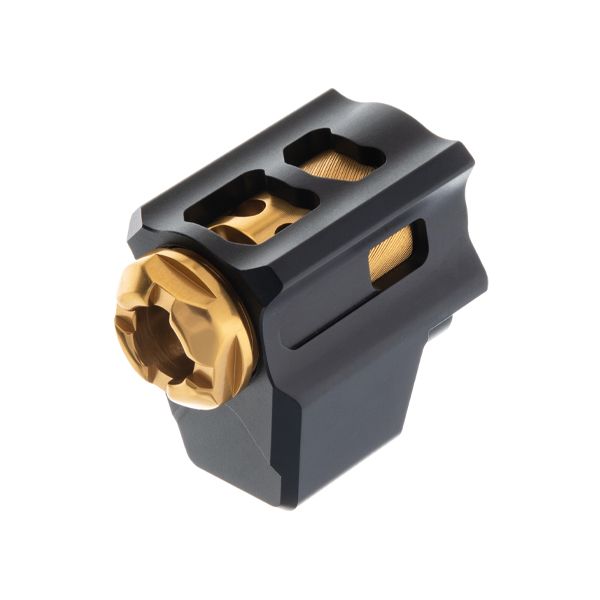 What is a Compensator, and will it improve my shooting capability?

A compensator is a device that is attached to the end of a firearm's barrel. It works by directing some of the gas that is produced when a bullet is fired upwards, which helps to counter the downward force of recoil and keep the firearm on target. Compensators are often used in competition shooting and in tactical situations where the shooter needs to be able to quickly fire multiple shots with a high level of accuracy.

Pros to using a compensator:

So cool looking sitting at the end of you pistol.

Does not require slide changes or even a barrel change if you already have a threaded barrel installed.

Cons to using a compensator:

Legality. Many states do not allow threaded barrels and classify them as dangerous ordnance.

In situations where reduced recoil and fast follow up shots are highly sought after; a compensator can help push your competition or tactical pistol to the next level.